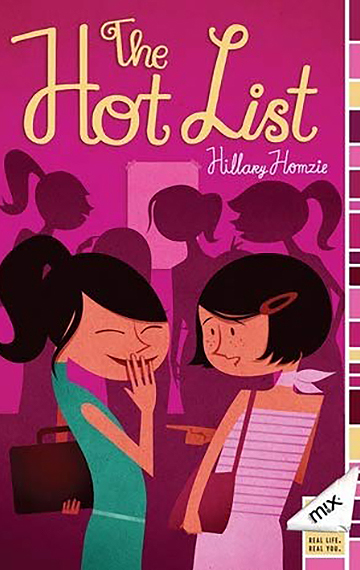 It all starts as a goof between Sophie Fanuchi and her BFF Maddie Chen–a “Hot List” the two girls create and anonymously post in the girls’ locker room listing the cutest boys at Travis Middle School. Soon enough the list has taken on a life of its own. Maddie’s thrilled to be caught up in all the excitement and finally hanging out with the “pops,” Travis Middle School’s self-proclaimed It Girls. Sophie, however, misses just having secrets between herself and Maddie. Even worse, Maddie’s suddenly super tight with Brenna Tate, leader of the pops and the daughter of Sophie’s father’s new girlfriend. As Sophie and Maddie’s friendship unravels, Sophie latches onto an impulsive bet with Brenna to get the universe right again–Sophie declares she’ll prove the list is meaningless by making over their wacky classmate Squid so that he can land on the Hot List. But will any bet or list matter more than Sophie’s friendships . . .?